Now that I’ve finished everything on my old reading list, it’s time for a brand new one. I may still be a novice to Japanese literature but I don’t see myself slowing down any time soon… 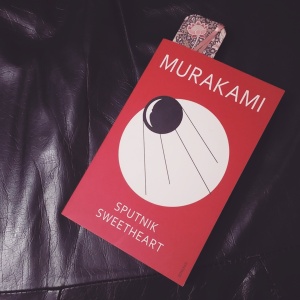 After a chance encounter at a cousin’s wedding, Sumire falls in love with Miu, a woman nearly twenty years older than her. Sumire is a college dropout writing a book that may never be completed, and Miu is the owner of two businesses who speaks four languages, drives a Jaguar and plays the piano. Despite their differences, the two women find themselves drawn together. The narrator – a man known only as K – has feelings for Sumire but doesn’t know whether to tell her or not. After a while, K receives a call from Miu saying that Sumire had disappeared.

I was in London for one of my interviews to work in Japan and while waiting for my train home, I found myself in the little bookshop in Euston station. I’d decided to pick out a book for myself, with the rationale that even if my interview was unsuccessful, I’d still have a treat to look forward to. That’s probably not the best money saving advice, but after a stressful few days I didn’t care. I chose this one because I knew I liked Haruki Murakami’s work, and his English translators make his books so easy to read. I chose this one in particular, out of several Murakami novels that were on display, because it featured a same-sex relationship between two women. Now, LGBT media is always a risky territory (which I talked about in my Transit Girls review) and that goes double if the author isn’t in the community. Despite that, I’m always desperate for more lesbian love stories, so I threw caution to the wind and bought it anyway.

Yoshida Kenko is definitely one of the oldest authors on my ‘to read’ list, second only to Murasaki Shikibu and her Tale of Genji. Written in the 13th Century and published in 2005, this book contains an excerpt from Kenko’s Essays in Idleness – his main work. These essays document his observations while living as a monk during Japan’s Kamakura and Muromachi periods.

History is something that’s always interested me, and when I went to Japan last year I visited a couple of museums and historical sites. So what better way to learn about the past than from someone who actually lived it? And at only £1, how could I even say no? 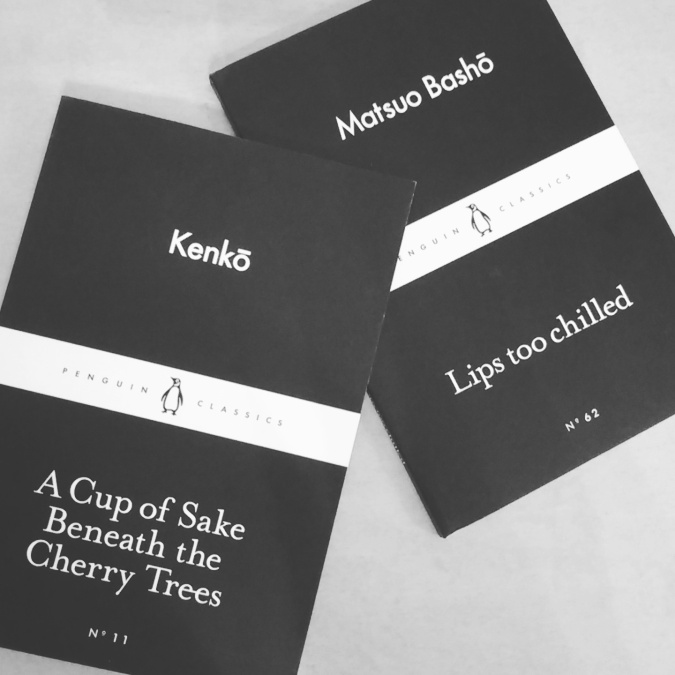 Lips too Chilled (excerpt from Of Love and Barley: Haiku of Basho)
by Matsuo Basho

When I first decided to start reading Japanese literature, I was determined not to stick to contemporary novels. They make up only a portion of what’s available so why limit myself? That’s like only ever reading Nicholas Sparks-esque romances and refusing to try something like Pride and Prejudice.

I’m an amateur writer, and while I was at university I tried as many genres of writing as I could. Fiction, journalistic articles, screenplays… I wrote them all. I occasionally branched out into poetry, particularly haiku. I liked the fact that the haiku structure was so abbreviated but could still convey so much information. I saw it as a challenge. I may not write haiku anymore but I still enjoy them, so I really wanted to read work by the poet considered the greatest master of haiku poetry.

A collection of eighteen works by Ryuunosuke Akutagawa, a man cited by Murakami as a “writer of genuinely national stature”, this book features some of his most famous stories. The titular Rashomon is set at the southern gate of Kyoto, where a poor and unemployed man desperately deliberates between stealing and starving to death. He meets an old woman, who steals hair from that unclaimed corpses dumped at the gate in order to make wigs. They discuss the morality of stealing in the face of death, and the hope of survival that stealing brings. This anthology also includes popular works such as In a Grove and The Life of a Stupid Man.

If you’ve been following me for a (long) while, you may have seen that I have watched Bungou Stray Dogs, and it’s not a coincidence that Akutagawa’s Rashomon is on this list. Bungou Stray Dogs actually encouraged me to discover more Japanese authors, and while Akutagawa is by no means my favourite character, I wanted to read the work of the man who inspired him. I’m currently attempting to work my way through as many of the authors mentioned in the series as I can so my Amazon wish list currently features books by Tanizaki, Kunikida, and Dazai (to name a few).  I got this book for my birthday so I figured it’s the perfect place to start.

Have you read any of the books on this list? Which Japanese novels do you like? Let me know in the comments!